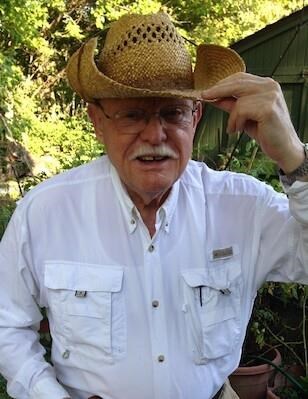 West Lafayette - Donald Richard Ferris (9-20-1927 to 10-24-20) was the first child of Herbert and Alice Nelson, born in Galesburg, Illinois. Don was proud of his humble beginnings on a farm in Knox County, IL, and of his early education in a one-room school. He graduated from Victoria High School in 1945.

Advanced education began at Western Illinois State College (now University) but he was called into service in April 1946 and served for eighteen months. He returned to Western, completing his teaching degree in June 1951. He became a teaching principal in Altona, IL, and then a fifth grade teacher in Galesburg.

He was married to Ruth Ann Coulter in November 1952 and they decided to go to the University of Illinois for further education. Don received his Ed. D. degree in 1957 and he was already employed at San Jose State College (now University ) by that time. His children Ann and Richard were born while they lived in California.

In 1963 the family returned to Champaign, IL, where Don served on the faculty of the University of Illinois in an interim appointment. They moved to West Lafayette, Indiana, in 1964 and Don was on the faculty at Purdue University, College of Education, for the next thirty-seven years. It was during this time that he became a dedicated social activist. In addition to his teaching duties he worked for social and racial justice, for environmental improvement, and for equality of educational opportunities. Don was an avid gardener, providing vegetables in abundance for his family.