We're holding our services virtually! Join us online Sundays at 10:30 am EDT, http://uuctc.org/sunday.

Sunday Services: Online at 10:30am 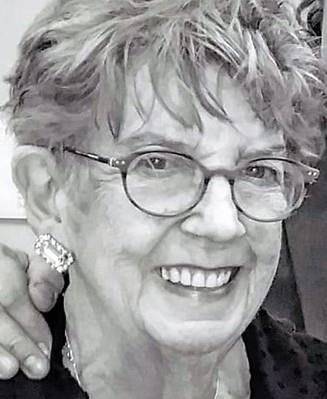 West Lafayette -- The constellation Gemini twinkled a little brighter on March 3rd as Lola Jeanne (Sayler) Straub died surrounded by loved ones at IU hospital, just before 7am. Born May 28, 1941, to ISP Sgt. Bill Sayler and his wife, Peggy, she was predeceased by them and by her only sister, Sharon Best.

Lola was a proud 1959 graduate of Jefferson High School, graduating in the top 10% of her class. At the time of her death, Lola worked in welcoming admissions at River Bend hospital. She'd previously worked at various other offices, including Lafayette Savings Bank and as Associate Editor of The Purdue Pharmacist. Her great love was broadcasting, however, and she was a remarkably talented copywriter and voice-over talent for many years at WASK, WAZY, WCVL, and WGLM, and several ad agencies and other radio stations. She was also the iconic voice of Lola in the 70's & 80's Bob Rohrman "Bob and Lola" commercials. Her spare time, such as it was, was spent for many years as a volunteer on the phones at the Crisis Center of Lafayette.

She had two marriages; first to John Carter, and then to Herbert Michael Straub, and is survived by her two children, William Carter and Heidi Straub North, and her 3 deeply cherished grandchildren Toby, Gavin, and Olivia North. She is also survived by her brother-in-law, Richard Best; sister-in-law, Patricia Straub Vining, and her family; by two nephews, David Best and Steven Best, and their family; and by special friends, Carol Droege, Karen Erikson, Karin Merrill, Angela Bottorff, Steven David, and Jerry Gaska-Straub. She will be sadly missed by her four cats, Sammy, Piper, Twiggles, and Lucy, and by her pen-pal of 66 years, Lesley Pritchard of Somerset West, Africa.

Lola adored her family. She was a huge fan of Jeff and Purdue sports, loved playing euchre, loved opera, and was an avid reader and Jeporady! watcher. Most of all, she was a person who cared deeply for others. She loved to laugh and make others laugh, and considered the day a wasted one if she wasn't able to cause at least some merriment.

She was a member of the Unitarian-Universalist Church of Tippecanoe County, and until her final illness was a regular member of the Diversity Roundtable in Lafayette. Those desiring may contribute in memoriam to Almost Home Humane Society, the ASPCA, or to their own favorite animal welfare organization. There will be a memorial service at the UU Church, 333 Meridian Street, West Lafayette, on March 30th at 4pm.